I leaned back, my forearms resting on the lumpy picnic table as Josie peeled an orange, liberating its bright fragrance from the rind with her dirty fingernails.

“Your parents are really making you move, huh?” I squinted across the park to her house with its “Sold” sign screaming in the lawn.

She pried apart the sections of the orange and handed me one. I bit and sucked all of the tangy juice, leaving the chewy membrane.

Josie spit out a seed.

“It’s really Austin’s fault. He fucked up and got kicked out of school again.”

It really sucks for her to have Austin as a brother. He’s an asswipe. Both high schools kicked him out for beating up kids. I mean, the kids he beat mighta had it coming, but still. You can’t beat anyone on school grounds.

“My parents are tired of everyone looking at us like we’re evil. I guess I am, too.” She spit out another seed.

I don’t know what to tell her. Austin is awful. And her dad is always drunk. And her mom just tries too hard to make up for both of those dipwads, so she seems kinda crazy. Josie’s the only good one, really.

“I don’t wanna talk anymore,” Josie said as she kicked off the bench and threw the rest of the orange as hard as she could toward the woods. She started walking after it. I watched her for a while, the got up and followed her into the woods.

“C’mere – I want to show you something!’ She waved me over to the base of a tall tree.

As I was coming over, she crouched suddenly and held down a clump of weeds. Behind the weeds was a broken bird’s egg with a naked baby bird half in the shell, dead.

“Eww! Gross! Why would you show me that?” I jumped backwards, but I wasn’t grossed-out or scared enough to leave.

She looked sad, and her eyes were red as I’d ever seen them.

“I dunno. It’s… it’s kinda like me. Like I have no control over what happens to me. Like this little bird was doing nuthin’ but growing in an egg and something came along and knocked it out of the tree and it died and it didn’t even have enough time to live.”

Her voice cracked and she coughed to try and cover that she was crying, but it didn’t work. She sort of crumpled onto the ground and put her head on her knees.

“I don’t want to move. I like it here. I have friends here. I like school and cross-country and fucking geometry class!”

I was totally silent. What could I say?

She snuffled a second and started laughing, a real belly laugh.

Josie howled. “Oh, man! You’ve totally got the wrong angle on this!”

I grabbed her hand and pulled her back to her feet. I didn’t let go.

“I’m such a doof. Who uses geometry puns to cheer someone up?”

She wiped her eyes with the back of her hand, then wiped her hand on my shoulder.

I looked away quickly, tried to drop her hand, but she held mine tightly.

I stared at the broken egg.

We stood there a minute.

“Umm…” I cleared my throat. “I guess I’ll have to keep a line on you so we’re not bisected.”

She sighed and fake punched my arm and began to lead me back to the park.

“I think you’re more of a dork than a doof.”

I squeezed her hand. 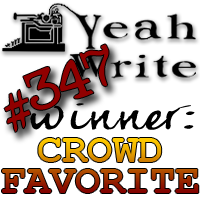 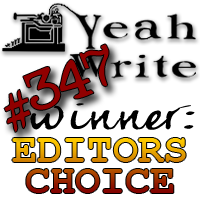